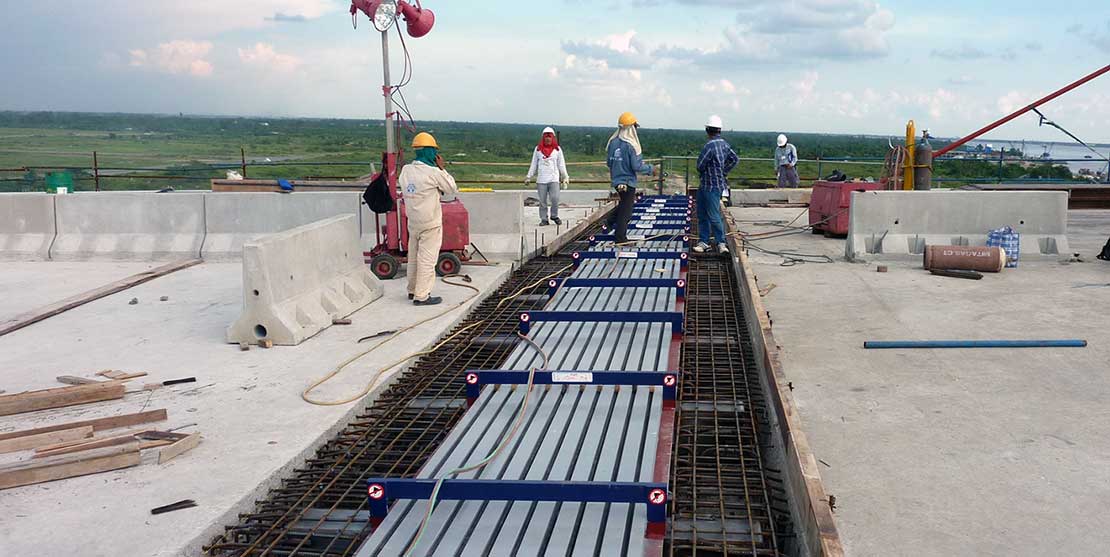 Despite being a strong, heavy material, concrete does actually expand and contract throughout its lifespan. However, because concrete isn’t an elastic material, it doesn’t bend or stretch easily. So, when this expansion and contraction occurs, joints are required to make sure the concrete isn’t damaged.

Why Are Expansion Joints Required?

The expansion of concrete is caused by changes in temperature or moisture content, such as in the summer when the weather is warm which will cause the concrete to expand. Factors such as aggregate type, cement content, water to cement ratio, temperature range, humidity, and the age of concrete all affect how susceptible concrete is to expansion, as well as how much the concrete will expand.

As an example, a 30.5m length of concrete can become 1.7cm longer with a 38°C rise in temperature*. While this may not seem like a large amount, in buildings or situations where tolerances are very small, 1.7cm is enough to cause damage. Without joints between the slabs of concrete, this expansion would make adjacent concrete slabs butt into each other, damaging the slabs and leading to structural failure or unsafe driving surfaces for concrete roads. Once this damage has occurred, water and debris can enter through the cracks and lead to further problems. Expansion joints are used to prevent this damage and preserve the life of the concrete.

*Not air or surface temperature, but the core or internal temperature of the concrete slab. When in direct contact with the sun, the core temperature can easily exceed 30 degrees on a warm, sunny day, even in the UK.

What Are Expansion Joints?

Expansion joints absorb the stress of the expansion and permit movement between the two concrete elements. What they are made from depends on the amount of movement that is expected; some can be simply gaps that are filled with an elastic material that can compress and stretch as the concrete moves. Others may use mechanical joints over an unfilled expansion gap to accommodate larger movements. Expansion joints can be found in a range of construction activities, here are some of the most common.

In buildings, expansion joints do more than just allow for the thermal movements of the building, they also absorb vibration, transfer the live loads between elements, and isolate areas from moisture. In some cases, expansion joints may be required for fire safety standards to separate different parts of the building, or where there are structural irregularities such as ramps or stairs. In buildings, expansion joints will be found between concrete floor and ceiling slabs, between concrete wall slabs, and where concrete walls meet floors or ceilings. In floors, the joints may be filled with metal inserts to provide a durable surface to walk on. In walls, they may be gaps that are covered by the wall coverings or filled with elastic joint filler. Some areas such as hospitals or food factories will require joints that are designed to be easily and thoroughly cleaned for hygiene reasons.

Bridges use specialised expansion joints depending on how much the bridge deck will move. The bridge deck will expand and contract, but some may also rotate slightly, shrink, or creep. Bridges that move less may use expansion joints that are filled with joint filler (buried joints or asphaltic plug joints). For larger movements, bridges use a joint that provides a riding surface for traffic but leaves an unfilled expansion gap between the two bridge deck slabs underneath, such as nosings with seals, elastomeric joint modules, or cantilever and tooth joints that allow some rotation over the expansion gap.

Fig. 2 - Buried Joint: "An in-situ joint consisting of an Elastomeric pad or flashing placed across the expansion gap to support the surfacing which is then laid continuously over the joint."

Fig. 3 - Asphaltic Plug Joint: "An in-situ joint consisting of a band of specially formulated binder plus aggregate, typically 500mm wide and 100mm deep, running across the road above the expansion gap."

Many of the smaller movement joints that use an elastic extruded joint sealant – often called a mastic sealant ­– and are usually specified under ISO 11600 “Building construction – joint-sealing products – Classification and requirements of sealants”. However, for the expansion joints that allow larger movements, there is no unified standard both within the UK and worldwide due to the wide range of demands the joints must accommodate.

Other Types of Concrete Joints

Other types of joints in concrete include isolation joints and contraction joints.

Check out our range of expansion joint foam here. 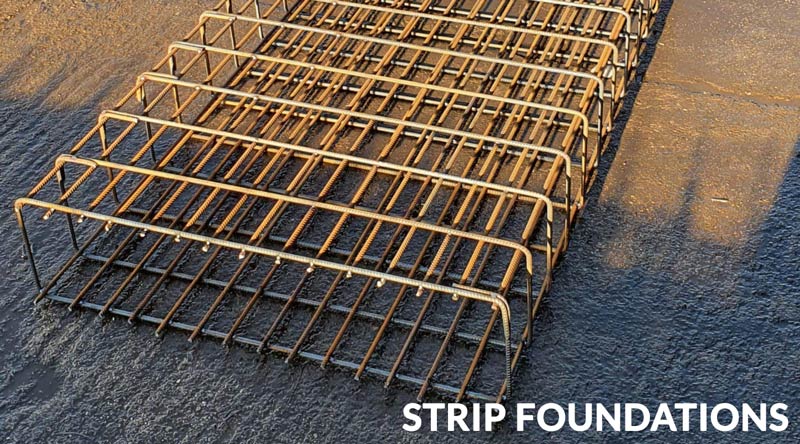 Strip Foundations: All You Need To Know 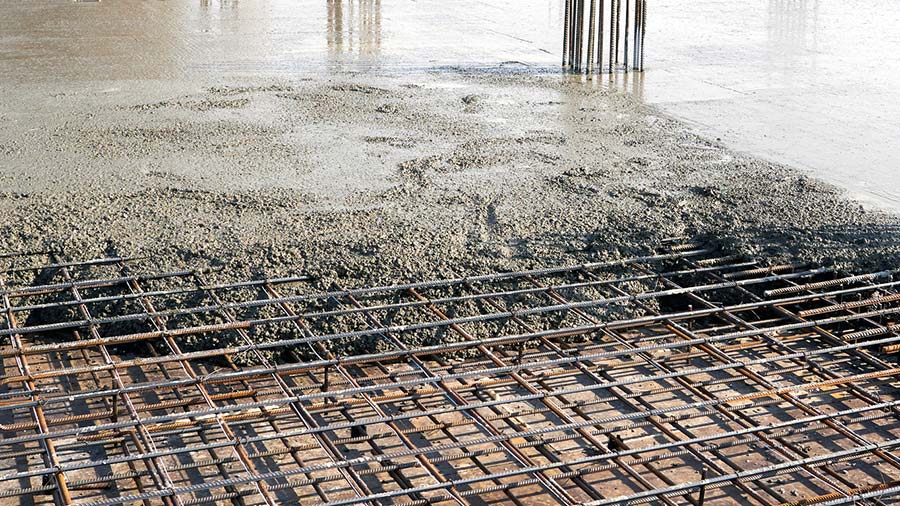 Reinforcement for Concrete: How to reinforce concrete and why